Although the ADP report does not have a direct correlation with the official data of the US Department of Labor, which will be published on Friday, however, it is often its harbinger, having a noticeable impact on the market.

As for the GBP/USD and expectations regarding the actions of the Bank of England, it can be noted that, most likely, the bank’s leaders will raise the interest rate by 0.25% to 0.50%, and this is already largely taken into account in the pound quotes. The accompanying statements by the Bank of England management will be important for market participants. If market expectations that interest rates in the UK will be raised again this year (as expected four times) do not materialize, then the pound may come under pressure, despite the increase in interest rates at tomorrow’s meeting.

Despite the vaccination campaign, the UK still has a high level of coronavirus infections, while rising energy prices and disruptions in supply chains are accelerating inflation in the country. Given the uncertainty of the situation in the government and the unwillingness to take risks amid growing tensions with Russia due to events in Ukraine, the Bank of England may pause the cycle of further tightening of monetary policy after tomorrow’s meeting. Recall that the decision of the Bank of England on the interest rate will be published tomorrow at 12:00 (GMT). 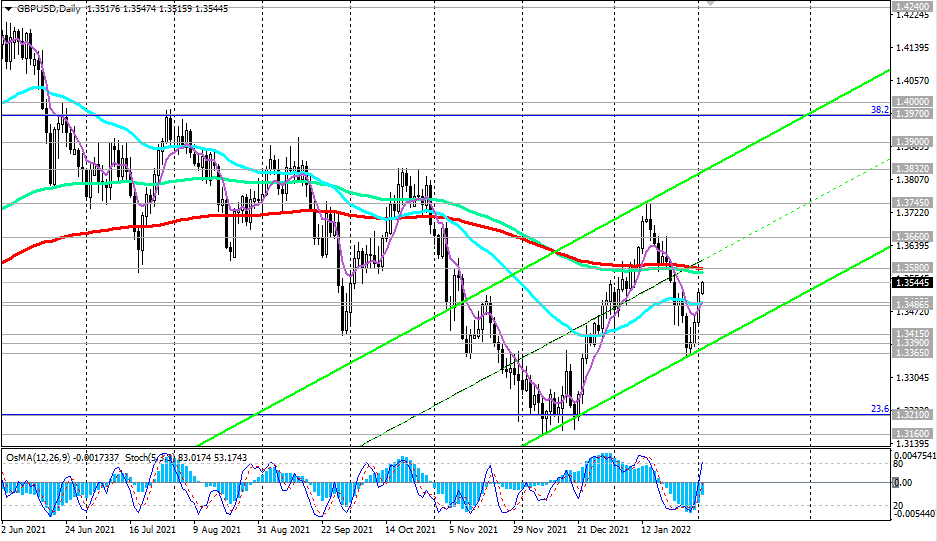 **) the most up-to-date “hot” analytics and trading recommendations (including entries into trades “by-the-market”) – https://t.me/fxrealtrading