, where High, Low and Close refer to the highest, lowest and close of the previous candle’s bar.

As you can see, the average price, the pivot point, of the previous candle bar is calculated first. The average price is then used to derive support and resistance 1 and 2. We can clearly see that this pivot analysis has nothing to do with any pattern recognition from your chart. Instead, it uses the concept of mean and volatility from the center of the pivot point. One can extend the standard pivot analysis using the Fibonacci ratio. However, extended axial analysis is still not direct pattern recognition either.

When we say support and resistance as in direct pattern recognition, we are talking about creating support and resistance levels by connecting the peak to the top and connecting the bottom to the bottom in your chart. For example, Figure 2-1 shows an example of support on the GBPUSD H4 timeframe. By connecting three bottoms in the chart, we can identify the important support level and we can display the level for the next point of our trade. When the price was approaching the support level for the fourth time, the price made a reversal movement (turning point) on the support level. That’s what happened, at least on the surface. However, what exactly is happening behind the scenes? In fact, support levels are a manifestation of the spread of a balanced fractal wave through the price. To illustrate balanced fractal wave propagation, we have added a Zig Zag line on each trough in Figure 2-1. Each time the price touches the support level, a new triangle is added to the price wave. The price could continue like this with some additional touches on the support level. Sometimes it is common to see support with five or more touches. In general, when the vertices of several non-overlapping triangles are aligned across a straight line below the market price, the straight line becomes the support level.

In our first example of a support (Figure 2-1), we visualized a price action reversal around the support. However, it is possible that we will get support that predicts a breakout movement rather than a reversal. For example, the USDJPY in Figure 2-2 broke through the support, making the breakout at the fourth touch. When the price breaks below the support level, we can see that the size of the last triangle has turned out to be larger. This is typical price action when the new equilibrium source is introduced to the market.

Figure 2-1: Example of support as in live pattern recognition on the GBPUSD H4 timeframe.

Figure 2-2: Example of support as in direct pattern recognition on the H4 timeframe of the USDJPY.

Now let’s look at the example of resistance. As before, we can identify important resistance levels by connecting the peak to the top. In Figure 2-3, we have connected three peaks to determine the level of resistance. The price made a reversal (turning point) in its fourth touch on the resistance level. As with a support level, resistance levels are formed when the vertices of multiple non-overlapping triangles are aligned near the same horizontal plane. At this time, the horizontal levels will be above the market price. As in the support example, it is possible to break through the resistance as well. For example, the EURUSD pair in Figure 2-4 made a clean breakout when it touched the seventh resistance level. In this example, the last triangle has been transformed in size as in the support example in Figure 2-2. By summarizing the examples of support and resistance, we can identify four different horizontal support and resistance patterns for your trading as shown in Table 2-1.

You can also use the Ace Supply Demand Zone Indicator in MetaTrader to perform support resistance analysis. The Ace Supply Demand Zone Indicator is a non-repaint and no lag indicator with a lot of powerful features built on it. In particular, you can use it as horizontal support and resistance for your trading as well as trend prediction trading strategy.

Below is the landing page for Fractal Pattern Scanner in MetaTrader 4 and MetaTrader 5. 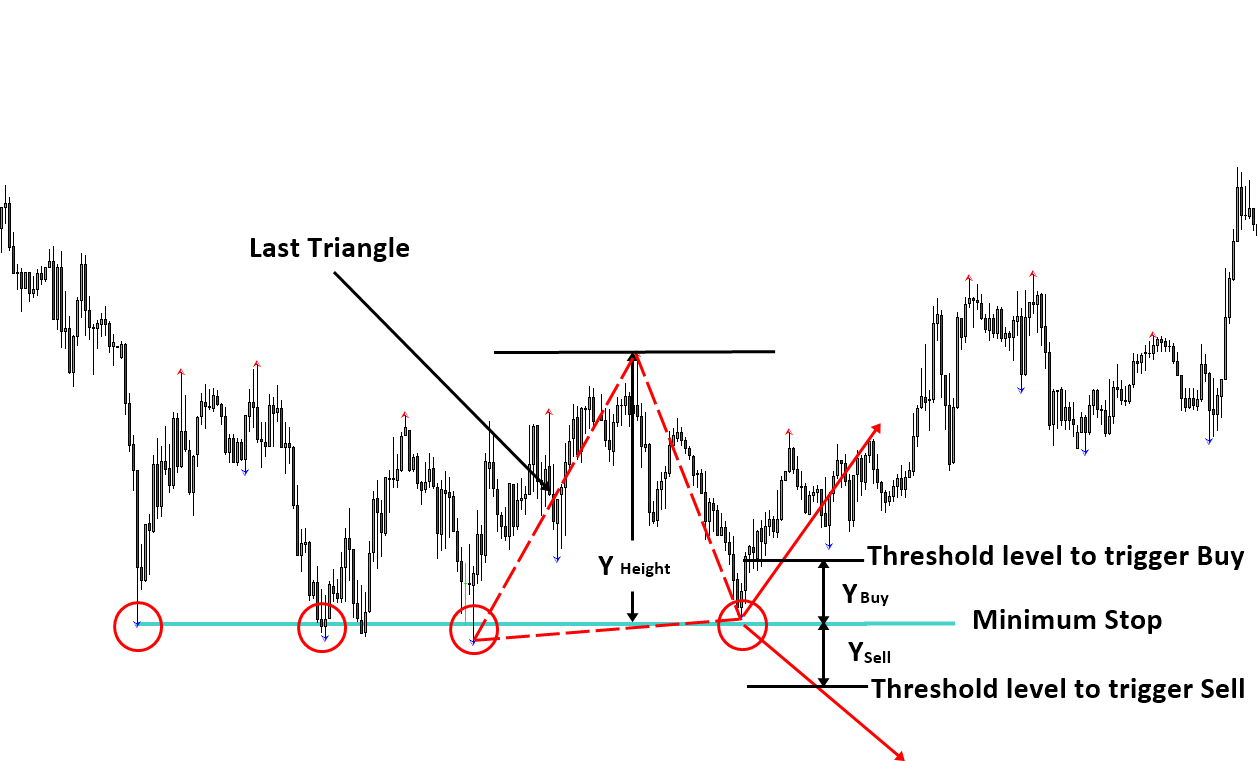