TSN Hockey Insiders Darren Dreger, Chris Johnston and Pierre LeBrun join host James Duthie to discuss Jeff Petry‘s potential availability in a trade, a team out there that’s looking to take on some salary to help facilitate deals and what could be next for the pending unrestricted free agent Nazem Kadri.

What is the likelihood and conditions of a potential Jeff Petry trade? 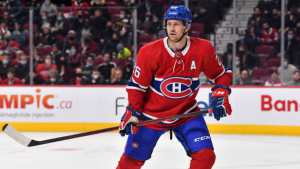 LeBrun: Teams around the league are finding out that Jeff Petry is available as other people have talked about. Kent Hughes, the new general manager, spoke with a number of his veteran players over the past little while in one-to-one meetings to gauge where they are with the future of this team. And the sense is Jeff Petry would welcome a trade. Now, it’s not easy to move him. He’s got three more years on his deal at $6.25 million USD. One league source suggested a scenario to me today that the Dallas Stars could emerge as the team with interest. With the idea being that if the Stars move John Klingberg, who, as we know, has asked for a trade. They can turn around and replace him with Petry, who is signed with term and John Klingberg being a pending unrestricted free agent. Now, the one thing that the Habs are telling teams? They don’t have to move Petry and they’re not moving him at a discount just because he’s struggling this season. Teams have to step up.

Where does the Blackhawks’ GM search stand?

Drager: Yeah, it could. There’s no doubt about that. I mean, there are some huge foundational decisions that have to be made by the new hockey operations department of the Chicago Blackhawks in the not too distant future. When you look at some of the contracts of star players that they have in-house, you’re talking about Patrick Kane and you’re talking about Jonathan Toewsyou’re talking about the near future perhaps of Marc-Andre Fleury with all the speculation swirling around him and his playing future moving forward. Now, the plan is to begin interviewing GM candidates as early as the weekend, possibly the beginning of next week. But you’re right, there is some discussion on a potential candidate outside of hockey with a heavy background in analytics. But this is a transitional move by the Chicago Blackhawks, so they’ll look at the traditional list as well which will include Kyle Davidson, who is the interim GM for the Blackhawks. But they want to move on this quickly.

There are a lot of teams in the NHL who are up against the salary cap, but is there one team out there who’s willing to eat some money? 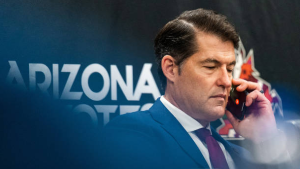 Johnston: Yeah, 16 of them to be exact, 16 teams as we talk right now that are in long-term injured reserve and capped out. And so those teams might want to get busy before March 21, they’re finding a helpful hand from the Arizona Coyotes. The Coyotes have let it be known that they’re willing to take on contracts or money in exchange for future assets. Just as we saw them do with a few transactions over the summer. And they’re still going to look at some things. They want to know how long that contract is if they are bringing on a player. What type of player it is. But the Coyotes are certainly eyeing a chance to be an important go-between at this deadline where so many teams are capped out.

Kadri heading for a payday?

Nazem Kadri is tied for third in the NHL in points and second in assists. Is he likely headed for a big payday as an unrestricted free agent this summer? 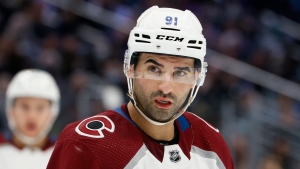 LeBrun: What a story. For sure. He’s 31 years old, which is an age that does worry some teams, but man, this guy is having an unreal year. And he’s represented by Darren Ferris and we know that Ferris in the past has a pattern with pending UFAs which is to bring his guys to market. And that’s the plan right now between Ferris and Kadri. Which will keep Colorado in the fold, but I think the idea is right now let’s see what other teams have to offer and what kind of interest there is and then we’ll get back to Colorado. It could be a big contract for Nazem Kadri.

All-Star Weekend is almost here. Is it safe to say that it’s going to feel a lot like the city that it’s in? 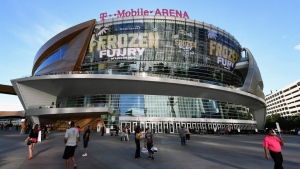 Johnston: Yeah, there’s going to be some fun here. Specifically with the breakaway challenge that went away in 2016 because players weren’t enthusiastic about it and what the NHL is finding is that this younger group that’s come along is quite excited to show some personality. A number of players that are participating in this have already made calls to the league about involving props, celebrities, certain things like that. It sounds like the breakaway challenge and the skills competition might be worth watching.